Varanasi is a unique city because it is both spiritual and busy.

It is spiritual because of the Ganga River, which is a holy river in the Hindu practice.  Lots of Hindu people bathe in the river, and even more people take pictures of the people bathing in the river. 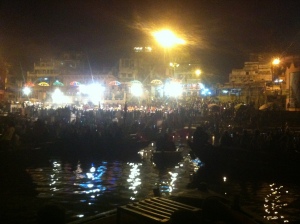 Also cremations are a part of the Hindu practice.  It is when a dead person is burned and put in a holy river.  Some people put flowers with lit candles inside in the river as offerings.

There are lots of cows, which Hindus think are holy.  They roam about making cow patties in allies. 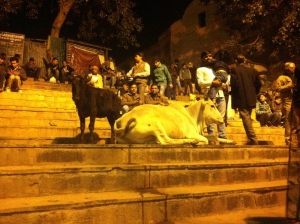 It is busy because of a lot of things.  One reason is kites.  Lots of kids fly kites on school break.  In fact, there are so many kites that the sky looks like a city.  Another reason is the motorcycles.  They’re everywhere, from the country to the heart of the city.  They’re what makes the city busy.  If you were walking down the street it would involve lots of honking motorcycles, cows, and swerving out of the way. 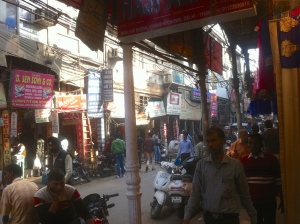 This city proves that two completely different things can work together and make something amazing.